WISC's P3 women back in action 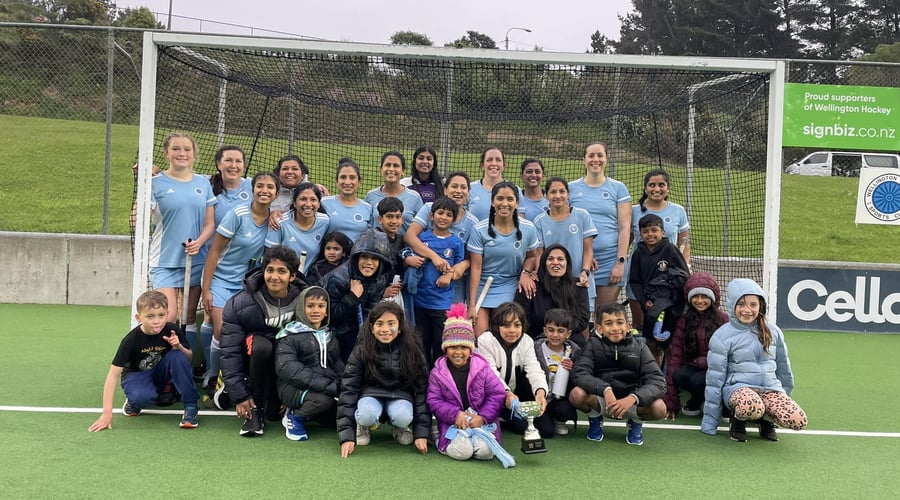 The Wellington Indian Sports Club’s P3 Women fought hard to the very last second in their grand final against Toa on Saturday, claiming the Premier Three trophy for 2022.

Nerves and excitement were at an all time high, as the girls had lost their first, and only game of the season against Toa the weekend before.

Having moved up to P3 from R1, at the start of the last season, the girls placed 5th in P3 in 2021. The club are incredibly proud of the girls for their progression over the past two years and taking out first place in 2022.

The game was definitely one to keep you on the edge of your seat, with Toa scoring the first goal, and WISC scoring an equalizer. The game remained one all for the second and third quarters.

The girls maintained composure and fought long and hard for the winning title. Being a team that does not train, the girls worked extremely well on the field together, using their crafty stick-work, simple passes and speed to get past the Toa players.

The girls teamwork was evident on the field, with their game focussed on being stronger together and consistent in every game. Evident to all, was their passion for hockey and ongoing support for their team members. Not only did they celebrate each team member’s successes throughout the game, but continued to lift each other up and support one another during the tougher parts of the game.

Captain of the team, Jayna Lala had this to say, “This year as a team we had to decide if we wanted to be a social team or a competitive team. After much discussion, I think we found the perfect balance. It was hard to play a team two weeks in a row, particularly at the end of the season, but we found our rhythm in the last quarter after being down early on in the game 0-1. I’m incredibly proud of these women. They showed strength and determination each week and especially with an epic comeback in the final.”

Over the past few years, at times the club have struggled to pull together enough girls to make a team, so it was great to see our WISC Women excelling and doing us proud by bringing back the cup.

The girls want to thank all their supporters not only for supporting us in the finals, but throughout the season. The ongoing support from club members means so much to the team and the girls can’t wait to go on to bigger and better things next year.