WISC Women Turn It Up At QBT 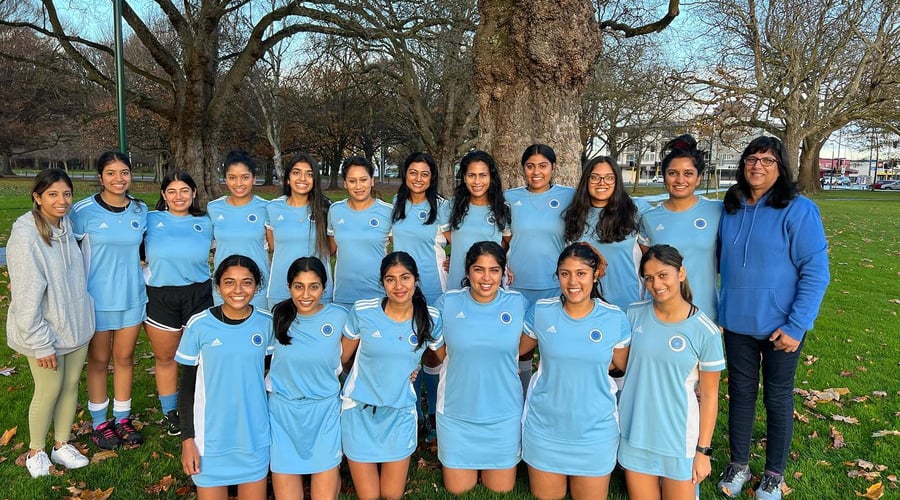 The WISC Women’s QBT team set out this year to step it up a notch from 2021, with a goal of building on their
performance from last year. They set out to achieve their goal, based on two key principles:
1. Playing for each other
2. Wearing the blue shirt proudly.

The girls stepped onto the field proud and honoured to have the opportunity to represent WISC.
The Women started the tournament strong – with a tough fight against the QBT Champions for 2021 –
Bay of Plenty. BOP secured some early goals and WISC came away with a 5 nil loss, however, it was evident
from the moment the whistle blew, that our WISC Women had kicked off this tournament with
their strongest foot forward, determined to make a comeback.


Our Women's team then suffered a narrow loss to North Harbour by 2 nil, where our girls stepped it up again. The calibre
of hockey played during this game was a significant improvement from last year. The girls
persevered and were determined to fight hard, not letting the first defeat stop them from achieving
their goals.

Reflective of our WISC Women's efforts, we secured a 1 nil win against Auckland in the third game with
a fantastic family goal –  a pass from Radhika Bhikha at the top of the circle, to Jayna Lala who
secured an astounding goal in the back of the net. Unfortunately, the final game was unable to be
played, but we were stoked to secure a well deserved 3rd place; a step up from last year.

Coach Hansa Parbhu was proud of the team saying, "for the past 5 weeks players and management came together to build our game plan and team spirit." She went on to say, "the score line does not reflect how much we grew as a team how important it was that we achieved the goals we set and how proud we were to represent WISC"

QBT provides a great opportunity to bring players from across the two women’s teams together – as
well as welcoming some up and coming players into our club. While QBT is predominately about
hockey; the Club are always keen to ensure that players display our club values and spirit. We do this by
ensuring a positive, fun and supportive environment. This always makes for a fun-filled weekend
with lots of laughs, memories, and new Instagram friends!

Congratulations to Hena Raman and Roshni Parbhu for making the NZISA Team. Hena and Roshni were
pivotal in guiding and controlling our midfield during some very challenging, defensive games.
A huge congratulations to Radhika Bhikha for receiving the MVP award for the WISC Women’s team.
Radhika was key in our attack, consistently driving and forcing turnovers, and she was instrumental in securing the girls'
win against Auckland.
Another stand out performer was goalie Neesha Patel. Many were constantly amazed
at her agility, composure and ability to stop the types of goals that really get your heart rate going.

The Club would also like to thank Nitisha Budhia, the team manager, and Hansa Parbhu for coaching the team
through QBT 2022. Each year, Hansa dedicates a significant amount of her time into the QBT
Women’s team and the Club are grateful for her encouragement, dedication and commitment to
Women’s hockey. The team would not have made it this far without her support, and are grateful for all
the time and effort involved.

The team are determined to continue building on their 2022 QBT performance, and look forward to hosting QBT
next year. The girls achieved both their goals of building on last year, and most certainly played proudly for
each other. QBT 2023 is your year ladies.