Back to back for 40J 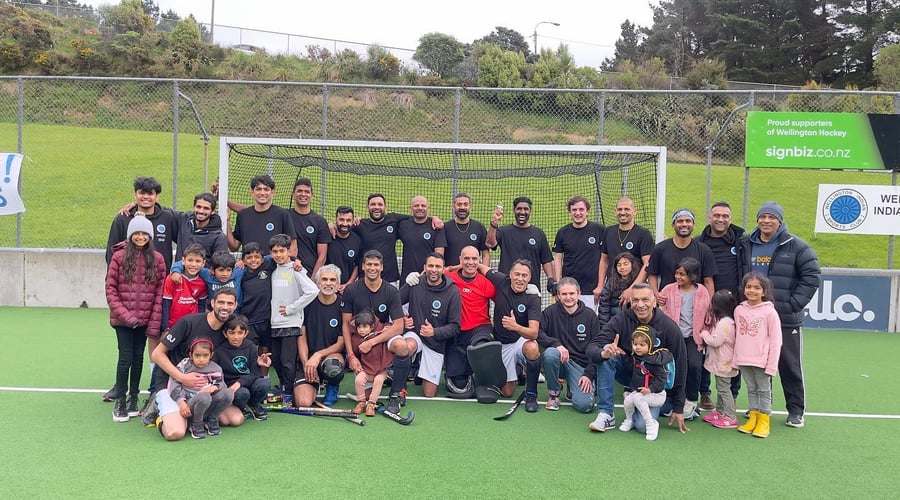 Proving their strength yet again, Wellington Indian Sports Club’s 40J are the champions of the Premier 3 grade securing back to back championships in R1 and now P3.

Having won the 2021 Reserve 1 Trophy, the boys were ready to take on more of a challenge in the P3 grade. 40J went into their first game of the season exceeding expectations by winning 8-1 against Varsity, which boosted their drive to give the rest of the grade a run for their money.

Looking ahead to the final, they knew that fellow WISC rivals, Rambo’s XI were going to be a tough team to beat and 40J had to bring their A game.

The first quarter was anyone’s game, but 40J started strong and instantly put pressure on Rambo’s XI.  With short sharp passes back and around, 40J managed to penetrate the circle and award themselves a PC which they then scored with a simple but sweet wind up shot from Hemant Lala at the top of the circle.

40J then went onto score another by Jack Clifford to finish off the first quarter. Rambo’s XI then regrouped and pushed back which eventuated in a stunning mid-air deflection into the net by Rambo’s super sub, Satesh Kanji.

As the third quarter ended the score was 2-1 to 40J.  Even though they were ahead, they knew they couldn’t let their guard down. But the fourth quarter showed just how dominant 40J were, from their defenders keeping composure under pressure, to their forwards having a dig at goal whenever they had the chance.

After sustained pressure, 40J nabbed another with Sunil Patel scoring a goal with a classy one-on-one with the keeper. They then went on to score another goal securing their victory with a final score of 4-1. 40J veteran Rakesh Raman said after the final, “we came, we saw, and when it counted, we won! It was a great season, with a great bunch of men.”

Both these teams have come a long way, and to have two WISC teams fight for the P3 title, shows our club is gaining momentum year by year.